Up or Down? Thinking The Far Right Thinking Itself 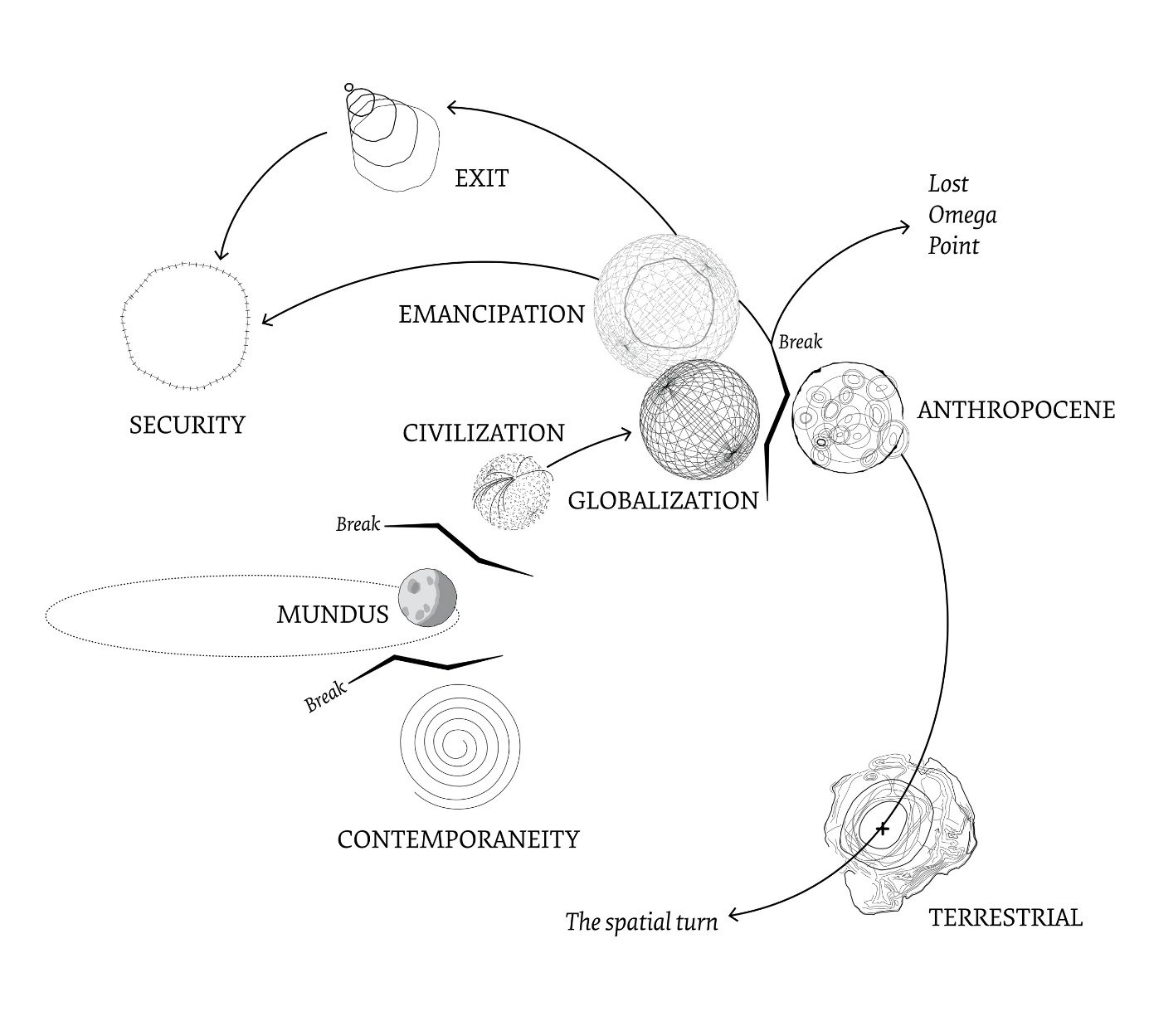 A new political axis has been proposed. Theorists such as Bruno Latour and all manner of accelerationists have suggested supplementing the left-right and authoritarian-libertarian axes with a new one: up-down. What does it mean? ‘Up’ stands for the affirmation of the technological, the abstract, the accelerative. ‘Down’ for the wet, the local, the rooted. Is this just a new way of describing modernisation and its opponents? Is it merely an aesthetic distinction, a preference either for speed or soil? Or can it tell us something more fundamental about our distorted political landscape today?

Our workshop takes the up–down axis as a predicament and a prompt for opening up the contradictory dynamics of the historical and contemporary far right. For us, ‘Up’ and ‘Down’ can be seen as the two opposing sides of far-right thought itself, and the two contrary ways in which the far right seeks to exit capitalist modernity. Up: full, techno-hierarchical alienation-as-liberation. Down: neo-feudalism, returns to the primitive, worship of a nature who puts everyone in their place. We ask why far-right projects seem to tend towards one or the other extreme (either fully up or down), how particular strands of far-right thought have tried to reconcile these oppositions, and how the seeds of such oppositions have spread into contemporary common sense.

Through a series of talks, discussions and collective readings, we seek both to theorise the place of the far right in relation to capitalist social relations, and to trace the far right’s own shifting theories and ideologies across history. We will look in particular at: the relationship between the history of French anthropology, anti-civilisational critiques and the far right; the idea of apocalypse and the horizon of unknowability in far-right thought; the far-right’s ‘critique’ of capitalist modernity and their proposed resolution of its problems, involving distinct conceptions of the state, politics, and the reconstruction of naturalised gendered and racial orders.