How can dance, technology & digital platforms blend to give birth to a new art medium? 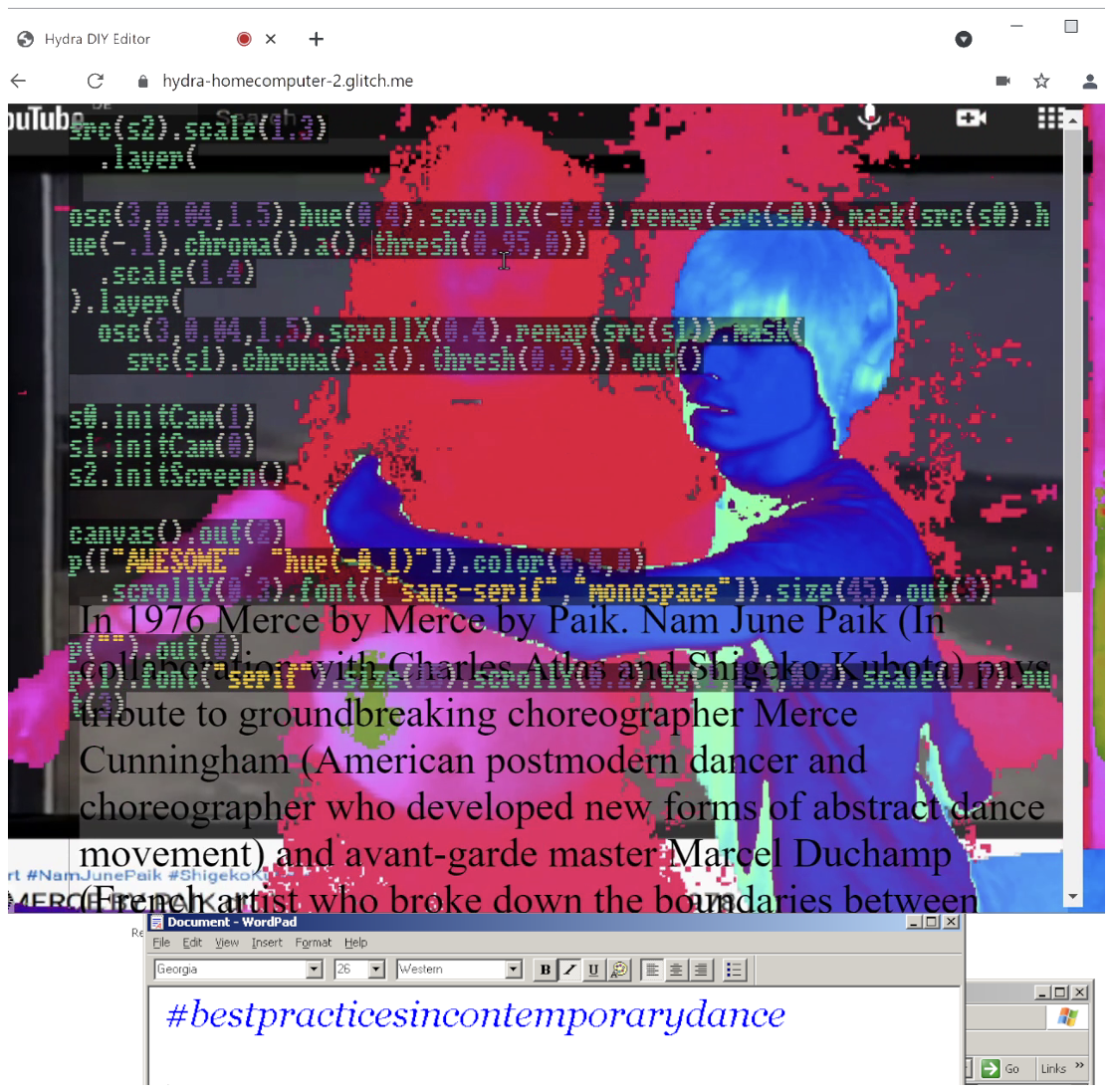 ‍Framework statement
After two year of research/practice/enthusiasm, #bestPractices is an interdisciplinary project of dance and technology and becomes an option to be a discipline in itself, attempting to reclaim the virtual body which we lost, or indeed we were not born with. The body refuses singularity and the taxonomical form given by heteronormativity & social conventions. An exercise of self-dissociation & post-humanism. Hyperrealities, multiplicity, the error, The Glitch! is embraced as an act of non-performativity, non-binary gender. In pro of a new audiovisual body.

‍While it entails a performative aspect, the project is not intended to produce “a” performance; the #Practice and its processes are intended as an entangled autonomous outcome. An ontological emergence; dependent on, autonomous from. An attempt to distance the project from anthropomorphism & anthropocentrism. The objective is to create a fluid conversation where tools and bodies blend (or separate), challenging assumptions - encouraging curiosity & speculative realities.

This new audiovisual body is a transhuman yet fragile experience of ourselves. There is a fragility that bodies may be distorted by code or network interruptions. We embrace, embody, and share this fragility as an act of common healing. There is fragility & vulnerability in the uncertain.

In times where power & dominance structures of knowledge are being questioned, #bestPractices proposes sharing a common space for not knowing, practicing resilience in times of uncertainty.

Practical
#BestPractices framework consists of online meetings: #Practice and #Chat around the idea of a queer form of conversation between technologies & bodies. The material is streamed or uploaded to YouTube, which is about 200 hours at the moment of writing, to generate a massive online archive that anyone can revisit. We believe that the field of dance-tech collaboration is still immature and in its early phase; by publishing #Practices and #Chat videos, we contribute to a wider audience in the community to stimulate such discussion. #practice-archive & #chat-archive.

We proposeAn ongoing installation in the form of projected video material of #Practices. With around 200 hours of #Practice audiovisual content, we organise a 24-hour “marathon”. As interventions and closing, we have #Chat(s) to talk about the framework, dance-tech, art-tech & art-science.